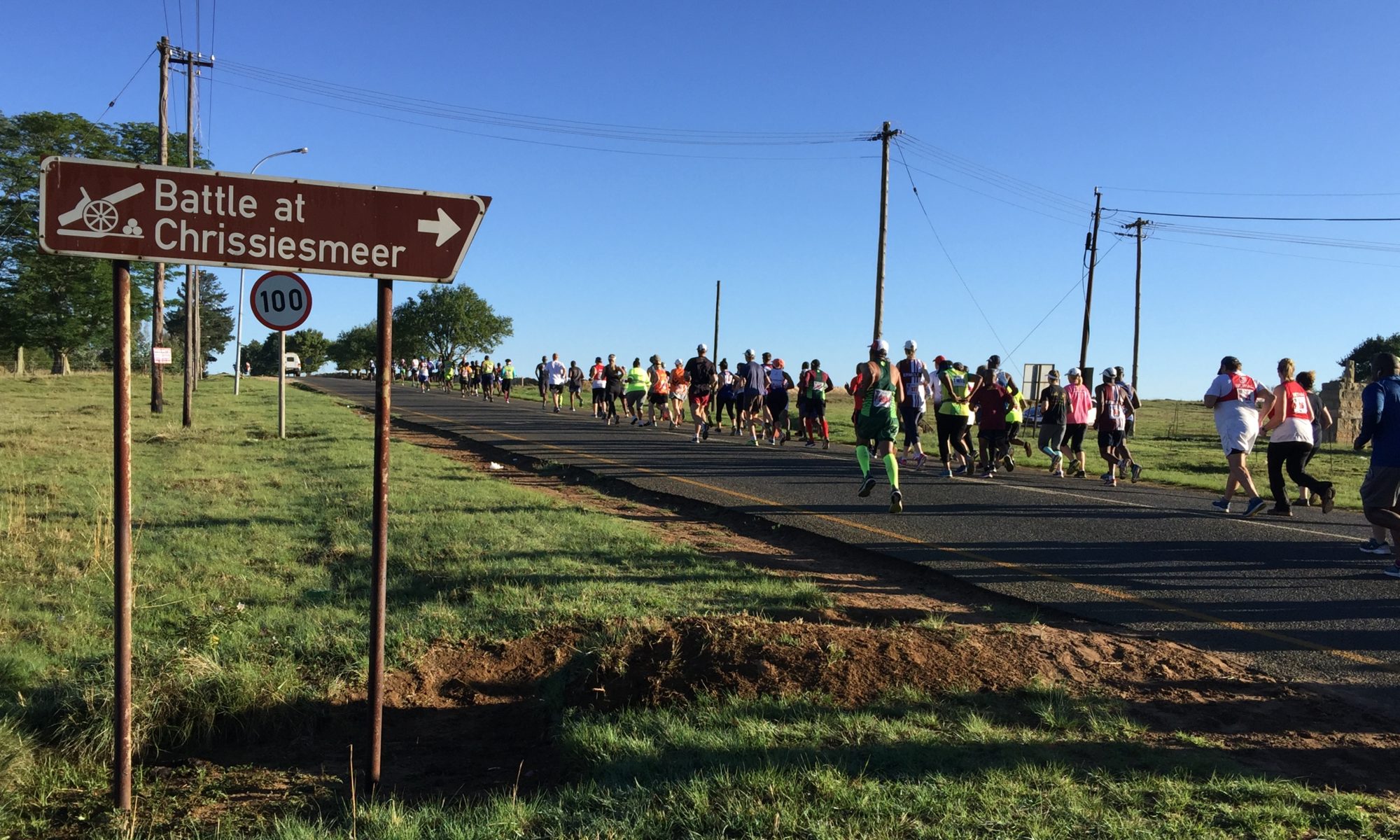 Superior, Michigan, Huron, Erie and Ontario are collectively known as The Great Lakes of North America. In the United Kingdom, the county of Cumbria boasts the world-famous Lake District and National Park. In Africa, Lake Victoria’s secret wetland has long since been exposed. However, very few people know that South Africa has its own secret ‘Lake District’ tucked away in rural Mpumalanga.

You would think that the site of 270 lakes and pans (one of which is South Africa’s largest freshwater lake) and the home to almost 300 species of birds (and the annual breeding ground for 20,000 flamingos) would be a well-known tourist destination. Yet even Getaway magazine failed to include this pristine piece of Mpumalanga countryside in their article on “8 wonderful wetlands in South Africa”.

If one of South Africa’s largest and most impressive wetlands is top secret, the Great Lake Marathon was classified to the level of secrecy where not even the Guptas would have known about this treasure trove under the Zuma-regime. I pride myself in keeping a definitive list of marathons but only discovered this event less than 60 hours before the starting gun fired (late-night Facebook scrolling does have its benefits).

Finding such exciting news just before going to bed resulted in a disturbed night’s sleep but I was still able to bounce out of bed excitedly the next morning – and immediately got hold of my mate Julian Karp to tell him the good news. The only thing Julian likes less than loose fitting clothing is a marathonless weekend – so he was also thrilled to add marathon 799 his collection one week earlier than originally planned.

The next task was to figure out exactly where in South Africa the host town of Chrissiesmeer was located and book accommodation. No problem locating the town (thanks Google Maps) but email is still something of a novelty in this small Mpumalanga town, with the result being that I eventually had to resort to vocals and my kindergarten-standard of Afrikaans to secure a room at the inn a few hours before making the 3-hour drive east.

The cost to enter was a paltry R150 ($10/£8) – and forfeiting the chance to do my first parkrun. I have been threatening to break my parkrun virginity for some time and thought I would finally consummate my running career with a first parkrun at the opening ceremony of my brother-in-law’s bachelor party.

Although I was reluctant to miss what promised to be a raucous run, I figured that crying off with a marathon would help with my own pacing strategy for the rest of the day and, paradoxically, realised that giving the youngsters a long head start was the best way to ensure I was able to keep up with them that evening (not to mention that running a marathon in the morning is a great way to work up a really good thirst).

We arrived at Chrissiesmeer late afternoon. Chrissiesmeer is classified as a ‘local settlement’ on Wikipedia and warrants four full sentences on the internet’s primary source of knowledge (which is one sentence for every thousand residents based on the most recent census). This is an authentic one horse, 200 tractor town – with most of the tractors belonging Jan Randall, the proprietor of Randall’s Ranch and Tractor Museum, who started collecting tractors in 2007 and now has over 150 on display.

The town borders on and is named after Lake Chrissie, the largest freshwater lake in South Africa (9km long & 3km wide) and Lake Chrissie is in turn named after Christiana Pretorius, the daughter of Marthinus Wessel Pretorius who was the first president of the boer Transvaal Republic.

The town is tiny but I like to maximise my early morning productivity and managed to get us accommodation at the start venue. There was one other runner staying there and the only other occupants were touring bikers.

The town has one restaurant, one take away shop, one large liquor store and one massive police station. However, my attention was drawn to the most prominent sign in town emblazoned, “The Pink Flamingo.” With 20,000 pink flamingos descending on Lake Chrissie every year to breed, I wondered whether the bikers also descended on “The Pink Flamingo” for the purposes of mating.

One of the things I learnt from 80s cop movies* was that a visit to “The Blue Oyster” is a right of passage for all prospective policemen – and bearing in mind the prominence of policemen in this small town, I wondered whether “The Pink Flamingo” is the South African equivalent.

* Police Academy to be specific

Race morning got off smoothly although the 6am start was slightly delayed as a local athletics official gave us a detailed lecture on how one’s license number should and should not be worn – and castigated some of the fun runners for pinning their numbers on skew. Having made sure that he earned the 12.5% entry fee tax that athletics bodies levy on road races, the race got underway.

The event is organized by the local Christian Conquerors Club and, whether it was panting at the start or trying not to faint at the finish, they had creatively used Bible verses as kilometre marker / motivational message combos – providing divine inspiration for the righteous runner.

It was a beautiful country morning and, whilst the ‘Fun’ officially stopped and turned around after 2.5 kilometres* (according to the sign below anyway), I was in good spirits and had an excellent time over the remaining 39.7km.

* In fact, on a rather sombre and somewhat macabre note, the fun did in fact stop at this exact point for one fun runner who had her legs broken by the tow rope between two cars. I have tried to get more information from the organisers but no response was received.

This is a simple straight-line out-and-back route – and, despite a sign suggesting that “Albert Luthuli Roads Branch”, I can tell you they don’t. The road to Carolina is long and straight with no escape routes along the way.

There are however some forking long uphills. On the way out there is a continual slow poison climb all the way to the eight kilometre mark, one speedbump between 15 and 17 kilometres and then, with the neighbouring town of Carolina in sight, a nasty little incline to the turnaround point. On the way home this translates as three kilometres of climbing to get to the 25k mark, which is shortly thereafter followed by a relentless seven kilometre pull to 34k. The good news is that you can cash in on your opening eight kilometre investment with a lovely long downhill finish.

Since there are 270 lakes and pans in the vicinity, I wondered why they decided to call this the Great Lake (singular) and not Great Lakes (plural) Marathon. I found the answer on the road to Carolina.

Despite the abundance of water, sighting bodies of water was even rarer than sighting the bodies of other runners in this small field event. In fact, I assume that the photo below must be the Great Lake after which the race is named since it was the only puddle we ran past during the marathon (there’s definitely an opportunity for someone to #MaLaGA – Make Lakes Great Again!).

It is also strange that the drawcard of Lake Chrissie is not incorporated into the route. Although Chrissie is within sight of the finish, that is as close as you get to South Africa’s largest freshwater lake during the marathon*. You can however buy the catch of the day (usually barbel) from local hawkers (or should that be hookers?) on the main road through town.

* Having seen the amount of litter recklessly thrown around during many races, perhaps it is a good idea to keep runners well away from the lake.

There was however plenty of water, Coke and the occasional bite to eat at the support tables who were friendly an efficient (although one table towards the end of the race let the team down with no water).

I normally look for a few things to distract me over the last part of a marathon and found a wealth of historical diversions on the outskirts of town in the form of a famous Second Boer War battlefield. There are several monuments and cairns to mark the fallen soldiers (from both sides) who died that day and I took some time to get to know the history of the area (I find marathon running to be a fantastic educational tool if you let it).

It was time to re-enter town and I reflected on the friendliness of rural communities – not only do the municipalities have signs welcoming you into (and thank you for leaving) their districts but they also show particular compassion for French tourists*.

* Lake Chrissie is known colloquially as “Matotoland” (meaning ‘land of frogs’) and annual ‘Frog Hunt’ in December is one of the highlights on the local calendar.

Running a marathon is tough but I knew the main endurance event of the weekend was still to come. The universe has a way of reminding you of the future pitfalls, pains and perils that lie in store – in this case liquor store. Although the town has no grocery shop, there is a large liquor outlet and the bars are always open (great news if you drink like a fish or need to rehydrate after the marathon).

With a long drive and an even longer evening ahead, I patiently waited for Julian’s arrival and resisted the urge to supplement the local economy by stocking up on my favourite post-marathon beverage.

After getting home, I got straight back into my running kit as, rather fittingly, the theme of the bachelor’s was “Forest Gump”. I looked dashing in my classic yellow Om Die Dam shirt but was forced to get my evening off to a faster start than I would have like by downing a ‘Rumbler’ (a shot of rum and 500ml of beer) for being the last to arrive.

Drawing on the stamina and fortitude I have diligently acquired over 17 years of marathon running, I outlasted many of my younger compatriots to make it all the way to the final stop on the night’s itinerary before calling it a morning at 1am.

As for what happened in-between (and in the spirit of keeping secrets), you need to be on the right WhatsApp group for that. However, I can confirm that this was the first time I woke up after a marathon and my head hurt significantly more than my legs did.