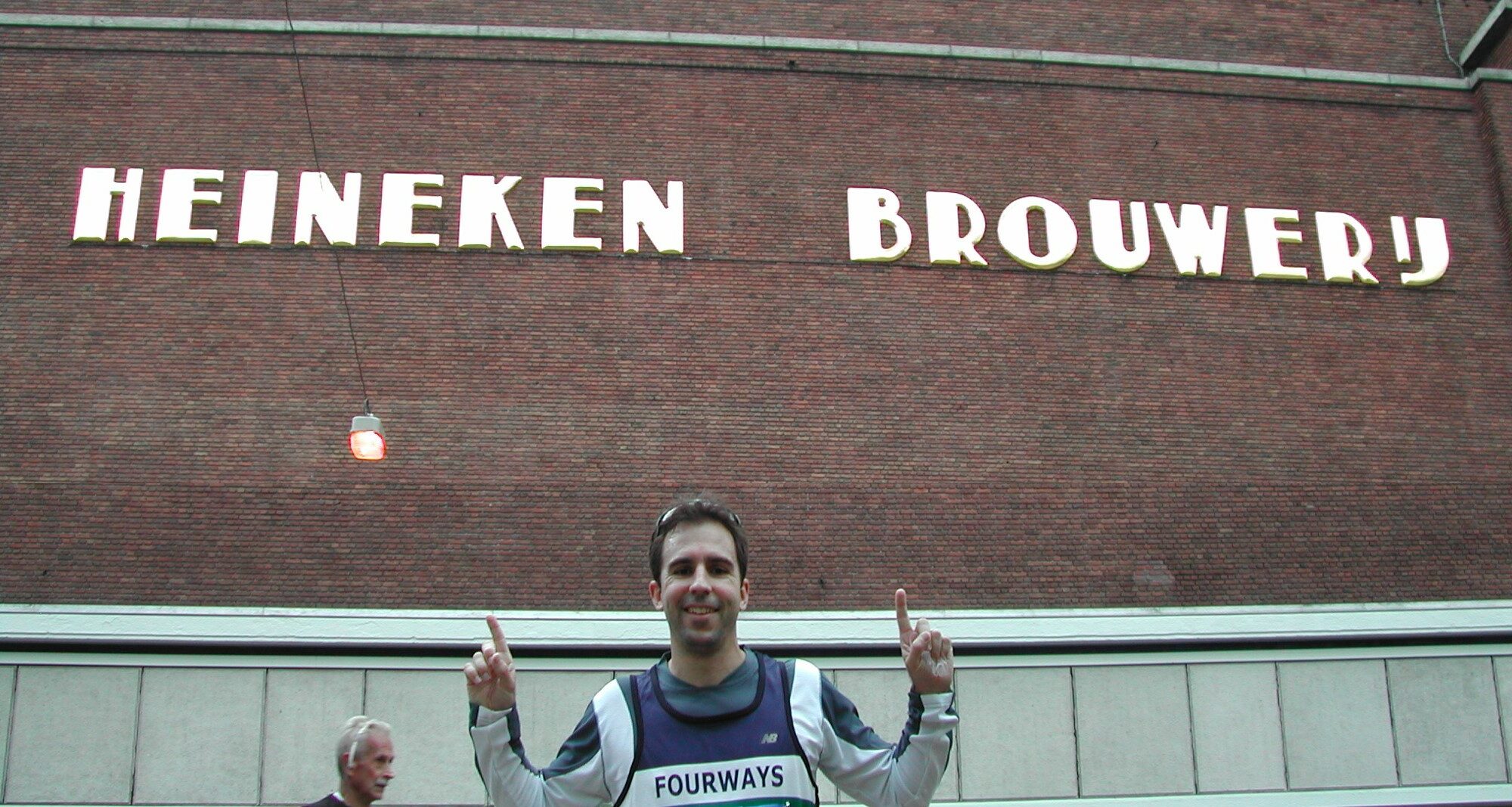 It was a Wednesday afternoon when I heard that my presence in Amsterdam was requested for the following Monday. Last-minute travel is always a panicked affair, but I still tried to see if I could find a marathon to run. As luck would have it, the Amsterdam Marathon was on the weekend I was in town, but as luck wouldn’t have it, they had closed their entries several weeks beforehand.

Undeterred I sent an imploring email to the contacts listed on the website, politely requesting a last-minute entry. As this is a ‘big city’ race with thousands of competitors, my expectation for a positive response (or any response at all) was not high. It was therefore a very pleasant surprise when I received a reply just over an hour later, stating that if I was willing to part with 69 Euros, then a marathon entry was mine.

A 10:30am start allows one a nice Sunday lie-in before catching the train to the start at the Olympic Stadium (built for the 1928 Games). In addition to the marathon, they also have a 7.5km race later in the morning and a half marathon starting at the rather odd time of 2pm, as well as a 1km run for the kids. The total number of participants is over 20,000, and while I’m not sure how many starters they had, there were 7,000 finishers in the marathon.

They have “predicted time” seeding batches, but my late entry meant that I joined the back group. Here I struck up a conversation with an Australian anaesthetist (who rather ironically suffers from insomnia) as he was wearing a Comrades cap. He told me he had two starts, no finishes, and attempting comrades for a third time in 2010. Soon the gun went off and there was a really festive atmosphere in the Olympic Stadium, with loud clapping and cheering from the thousands of spectators in the stands. They seemed a lot less enthusiastic by the time I eventually crossed the start line over 10 minutes later!

The route is spectator-friendly, as it goes out and back in a few different directions and includes stretches through Vondelpark, past the Rijksmuseum (home to much of Rembrandt’s legacy) and out along one side of the Amstel River and then back along the other side. My one criticism of the route is that much of the “old city” is avoided, which really is the most scenic part. Perhaps they are trying to ensure that tired runners don’t get distracted and disappear into Amsterdam’s most notorious attraction, the Red Light District, or that someone might try and stick their finger in a dyke. On the upside, it was nice to run a flat marathon after Voet of Afrika and City to City back home on preceding weekends, and I realised that this was my third Dutch marathon, and I have yet to find a hill.

Water tables were every 5km, which seems to be a European standard, with energy drinks and bananas also being provided. There were plenty of other South Africans on the road, including one particularly haggard RAC runner who was trying to buy some Coke mid-race. (I assume that meant the drink, but as we were in Amsterdam, you never know…) We did run past a few “coffee” shops, but fearing that my blistering 6min/km average pace might lead to being singled out for a urine test, I did not investigate. Besides which, marathon running is supposed to be an individual sport rather than a ‘joint effort,’ and everyone knows that you run slower on grass!

The finish was back at the Olympic Stadium, where runners received a finishers’ pack consisting of jelly babies, biscuits and an energy drink. (I was surprised not to find any cheese or tulips.) Although we had run past the Heineken Brewery and along the Amstel River, there was no free beer on offer, so I headed back to my hotel directly after the race, and by the time I had satisfied my thirst, the results (including splits for each 5km) were already in my inbox.

On reflection, I was quite pleased to survive this marathon… In Amsterdam one has to contend with the danger of drugs and the hazard of hookers, but there is another, far more treacherous evil roving the streets of this city – the peril of ‘pedallers’ who mow down distracted joggers and tourists with indiscriminate glee. The malicious menace that millions of psychotic cyclists present has been the downfall of many an aspirant runner in Amsterdam!

If there is an accident between a car and a bicycle in Holland, the motorist is considered guilty until proven innocent. This protection means that cyclists operate with complete impunity in this country, and this in turn has resulted in the Dutch strain of the cycling pandemic becoming particularly virulent and noxious. I can only think that this anonymous quote is attributable to a Dutch source: “As a driver I often hate pedestrians, and as a pedestrian I often hate drivers, but no matter what the mode of transportation, I always hate cyclists.”

This article originally appeared in the March 2021 edition of Modern Athlete and is the final instalment of my Dutch marathon trilogy.