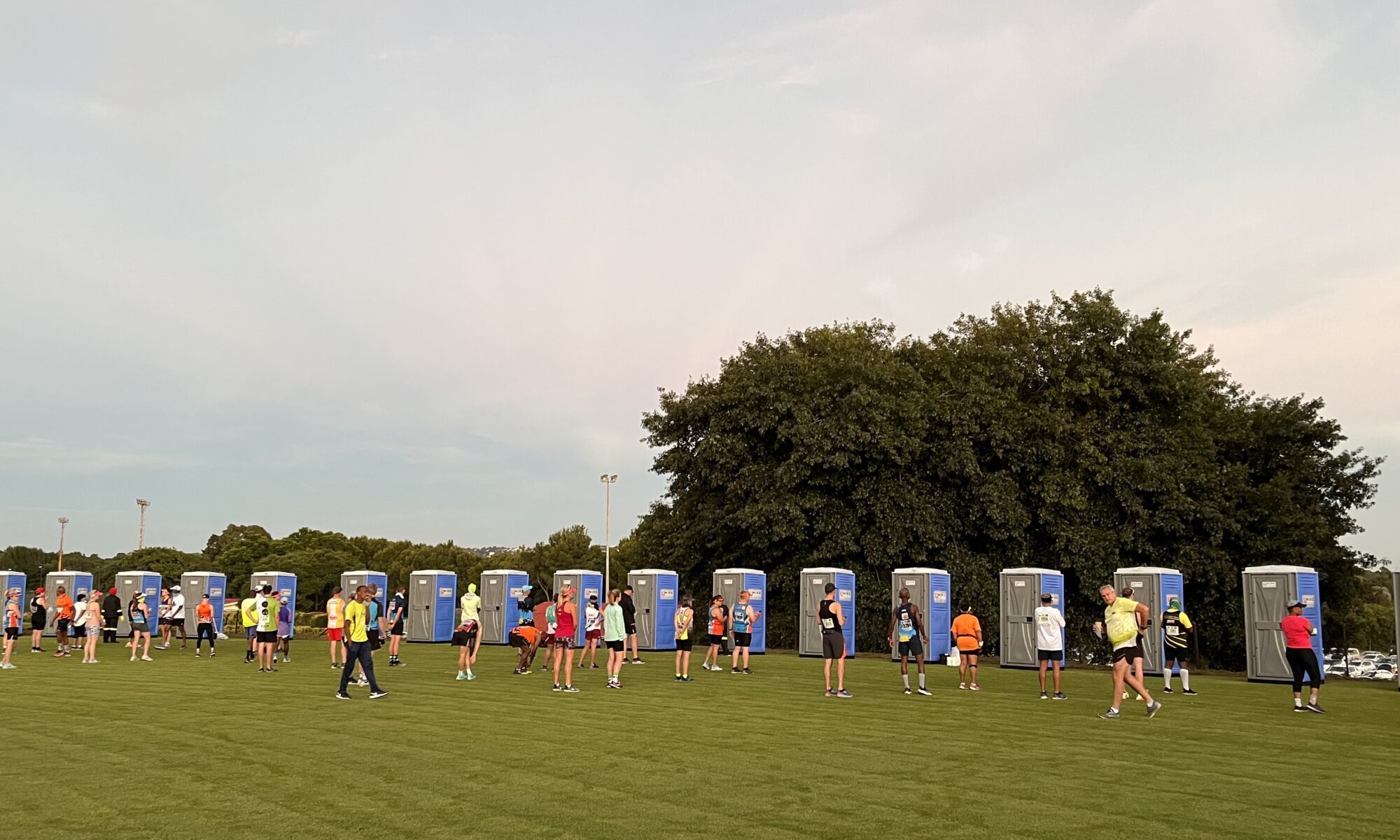 I have been monitoring race entry fees and increases since 2019. I’ve noticed that there have been significant jumps in the entry fees for most big city races whilst the increases are much smaller for the out-of-town events. So I asked race director Graham Block about the costs to run an event like the Joburg North City Marathon.

The total cost to put on an event like the Joburg North City Marathon is around R500,000 – and almost half the expenses are used just to pay for the services of the 168 race day traffic police (many runners think this is a “free service” but this is only true for most out-of-town races).

Other major costs include venue hire plus three fields for parking, transport costs for 203 marshals and various general costs (including medals, food and drink for the 14 support tables on route, signage, fencing, and the all important porterloos).

Big city one-lap marathons are more expensive than double-lappers so we as runners pay for the privilege of a more interesting route.

For this event a decision was made not to pay prize money but that usually adds another big expense item to the debtor’s column.

You’ll notice than most of the major costs are fixed (like traffic police and venue hire) rather than being dependent on the number of runners. Covid regulations force reduced field sizes, so it is very difficult to break even with smaller fields without increasing the entry fees.

This race (like many unfortunately) does not have a major sponsor providing a significant cash injection.

With costs of R500,000 and a limit of 2,000 runners for this event (many of whom are doing the cheaper, shorter distances), just to break even you need an average net entry fee of R250 (i.e. the money left over after deducting online entry commission and the substantial percentage paid to the local athletics body).

Based on the simple income versus expenses equation, it’s highly unlikely a race organiser is greedy or ‘just in it for the money.’ The sad reality is that no one in South Africa, not the athletes or the organisers, is currently getting rich off road running.

With some astute planning, the Joburg North City Marathon did manage to turn a modest profit. Nearly all of the surplus will be used to finance Run Zone’s youth development program and ensure that there is prize money for the next big Run Zone event (the Autumn Chase Marathon on 26 June).

4 Replies to “Why are entry fees so high?”