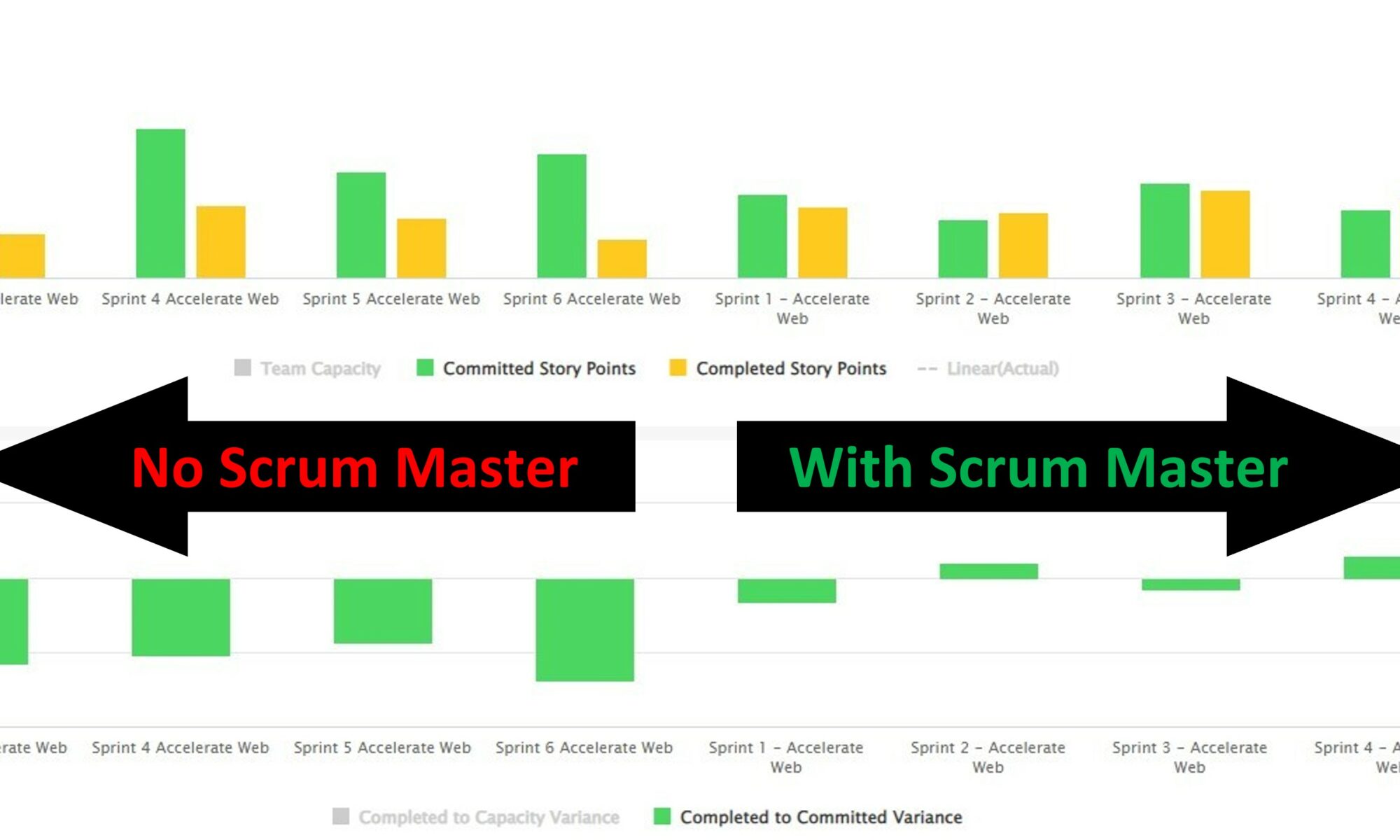 Here’s a quick article answering all the above questions. Spoiler alert: The short answers are (1) Very, (2) Yes and (3) Very.

Vitality Group decided to use the Scaled Agile Framework (SAFe) to help transform the organisation to agile ways of working. We launched our first Agile Release Train (ART) and held our first PI Planning in the middle of October 2021.

Some of our teams had Scrum Masters whilst others did not (or had proxies) as we filled vacancies. The sprint metrics from one of our web development teams that initially had no Scrum Master highlights some interesting data trends.

Metrics with no Scrum Master

We use Service Now’s Strategic Portfolio Management tool for online planning, tracking and collaboration which provides excellent visibility and metrics.

During the first PI with no Scrum Master, there was a wide variance in all six sprints between the work the team committed to delivering and the number of story points that they actually completed during the sprint.

In most sprints, they completed less than half of the committed story points – and in some cases it was less than a third. There was also a wide variance in story points delivered per sprint with a low of 25 and a high of 49 story points.

We were lucky enough to hire a fantastic Scrum Master, Annie, who joined us just in time for the first sprint of PI 2. She was an outside hire and therefore had no domain knowledge of the environment and it was the first time she was exposed to the technology used by the team (Liferay). Team members are distributed over two countries, South Africa and India, further adding to the complexity. 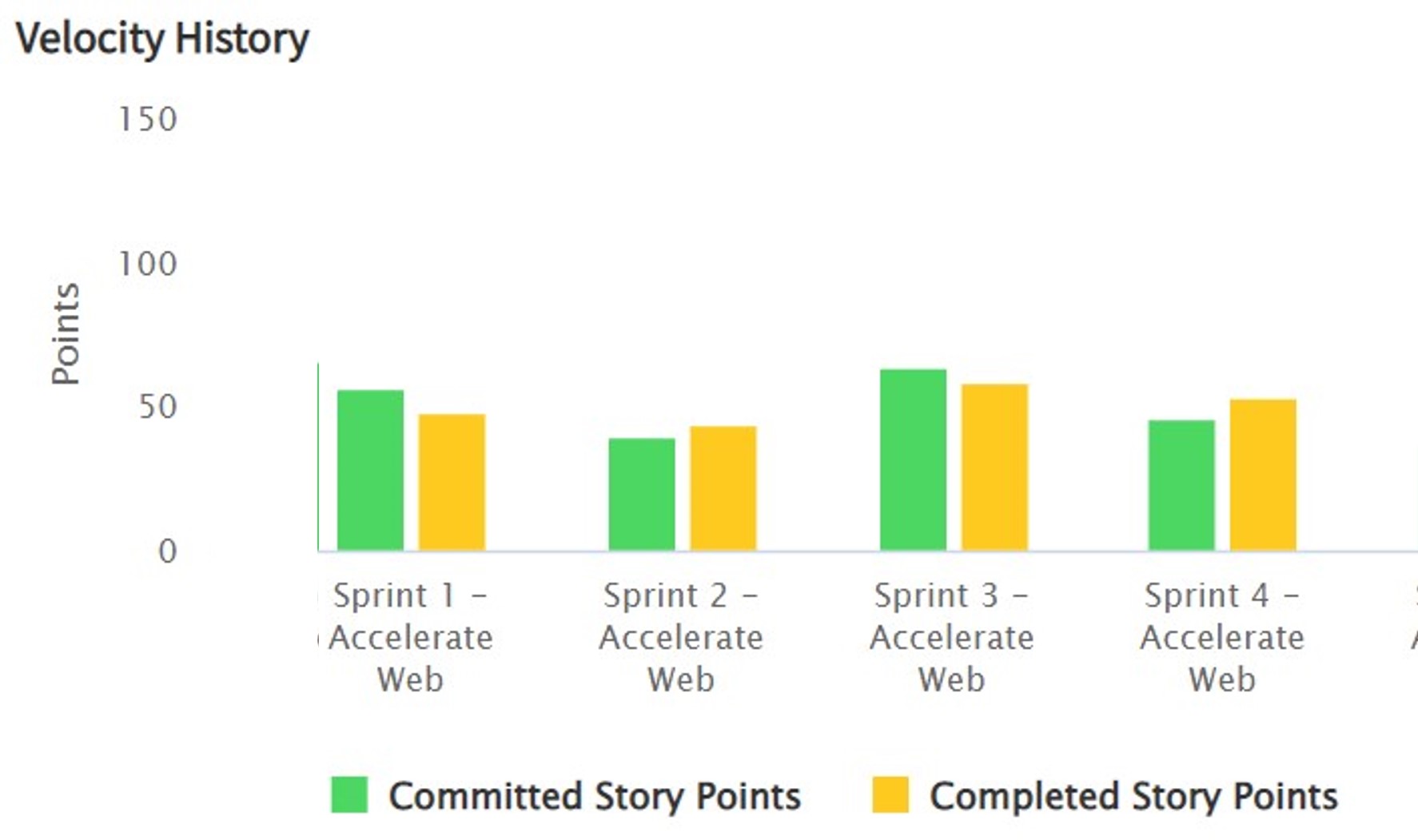 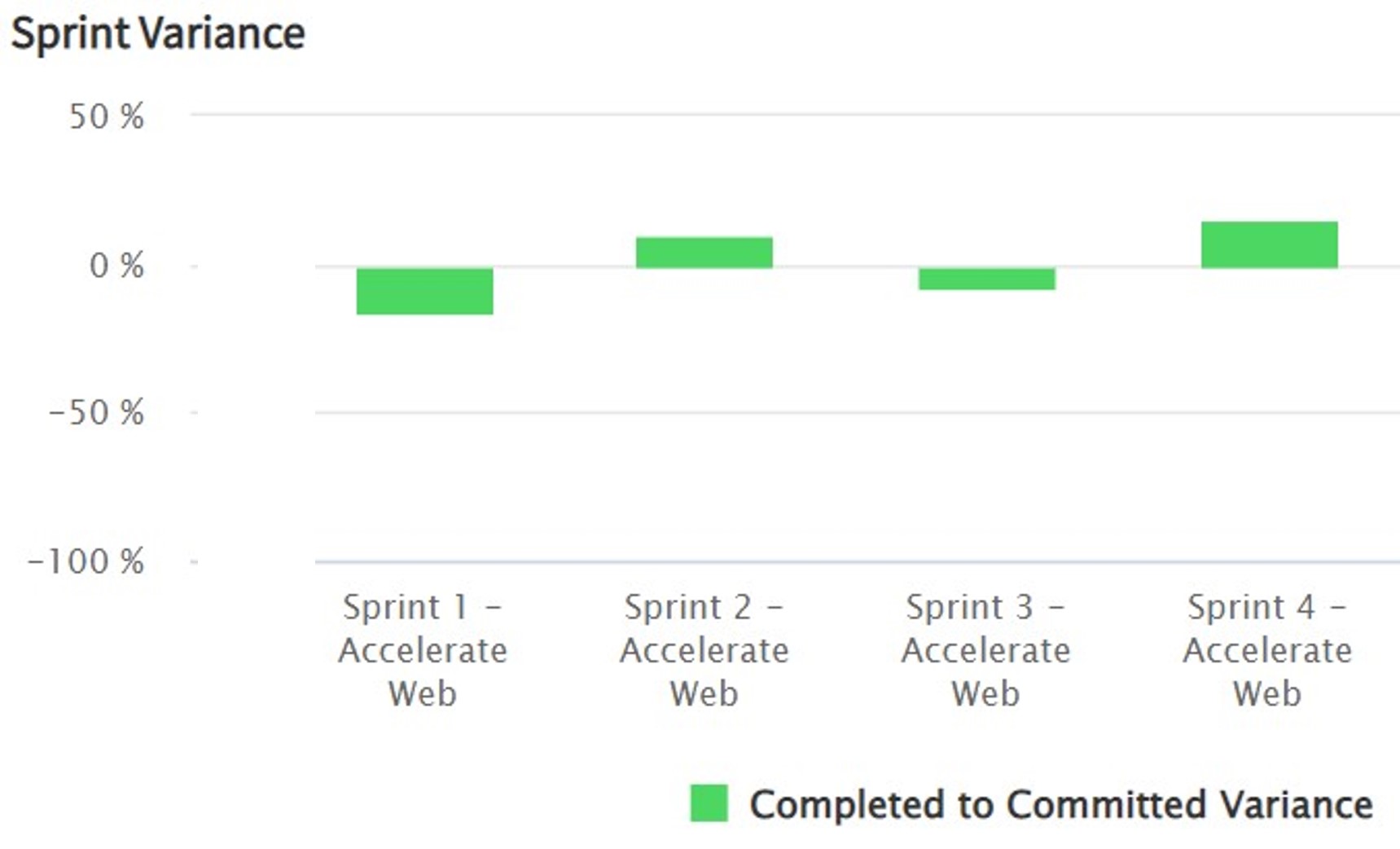 The second PI had a far lower average commitment (51 versus 80 story points) but far better predictability, delivery and velocity (51 versus 33 story points). The velocity of PI 2 sprints was 65% higher than that of the PI 1 sprints.

Whether positive or negative, the variance between committed and completed story points was marginal in PI 2. Annie helped the team to find what I call “their comfortable jogging pace” and they are now consistently delivering more completed software in a predicable manner.

READ MORE: Life Lessons from the Road: It’s a Jog, not a Sprint

Most teams I’ve worked with tend to be naively over optimistic about what they can deliver in a set period of time. The data shows that by being more realistic and committing to less, teams invariably end up delivering more.

According to the team’s Product Manager, Charmaine, another benefit Annie brought to the team was getting a handle on the unplanned and BAU (business as usual work), “Annie helped the team to quantify the unplanned work and manage it properly. This also allowed the team to identify work that should have been tackled by other teams, freeing them up to deliver on the sprint priorities.”

The impact that Scrum Masters have had on our agile teams and predictable delivery has also won over our CIO, Hushan, to the value that the role brings, “Based on how project managers worked in the past, when we started our agile transformation, I voiced my doubts about the value and importance of the Scrum Master role. However, having seen the massive positive impact that skilled Scrum Masters bring to Vitality Group, I’ve had to eat my words! We’re currently expanding our software teams and sourcing skilled Scrum Masters as we grow is critical to our future success.” 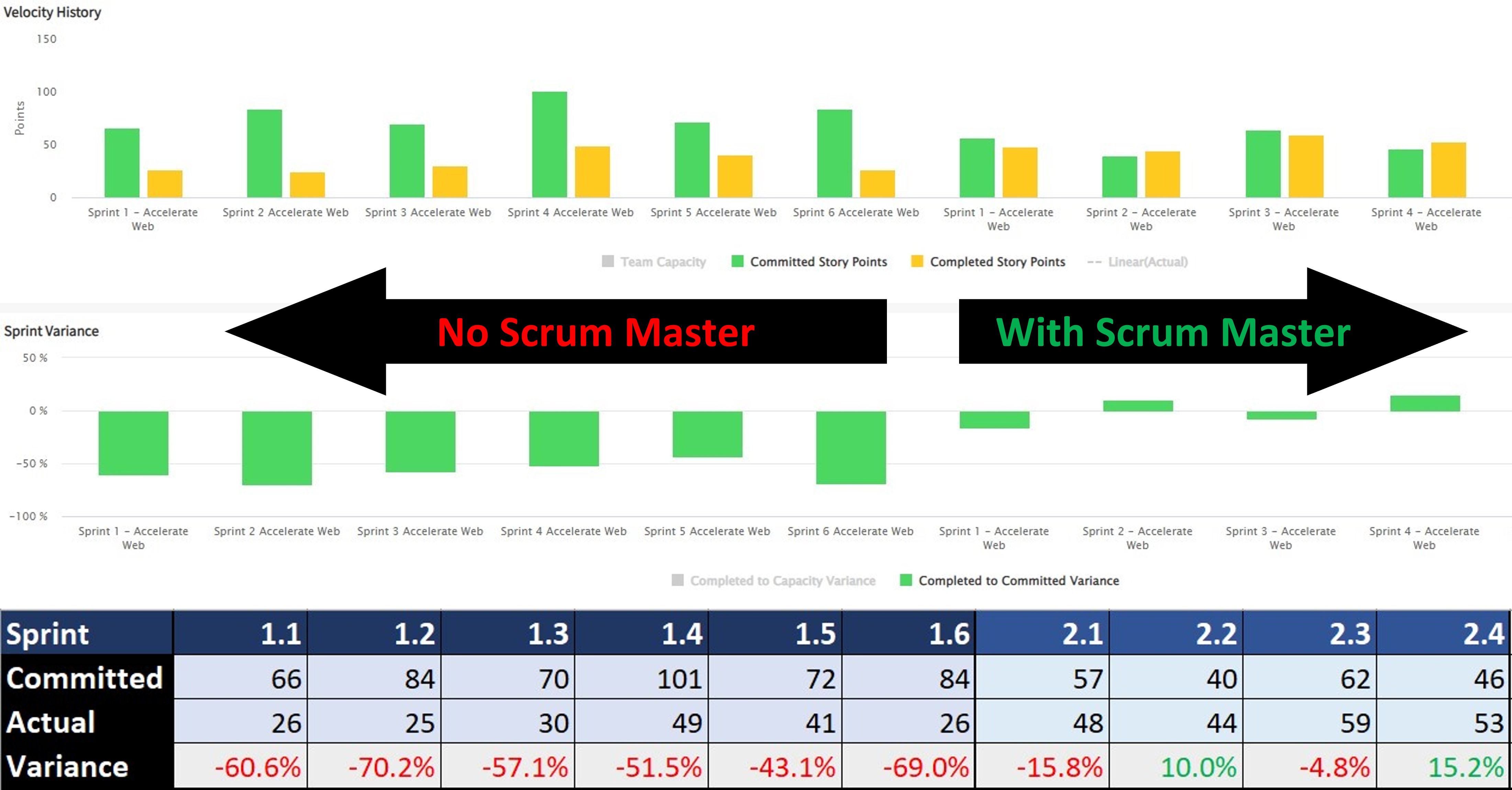